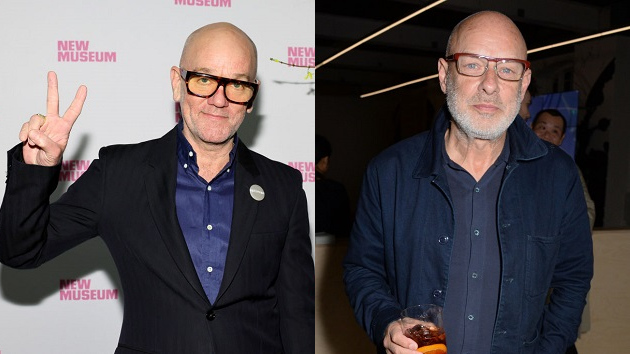 Michael Stipe has collaborated with famed producer Brian Eno on a new single titled “Future If Future” that’s one of about 100 songs that will be released by various artists via Bandcamp this Earth Day, April 22, to benefit groups focused on fighting the global climate crisis and to raise awareness about the issue.

In an interview with U.K. newspaper The Guardian on Friday, Eno revealed that he’d just completed the track with the former R.E.M. singer that day.

“This will be the first time I’ve worked with him, though I did sing with him once on Saturday Night Live or something like that,” Eno explained. “I’m very pleased with the way it’s gone. It’s a very good song, a very Stipe song. Beautiful lyrics, extraordinary piece.”

The Eno-founded EarthPercent organization has launched the Earth Day campaign, which asks artists to contribute new exclusive songs that will be available for download and streaming at Bandcamp. Proceeds raised will go toward organizations developing promising solutions to the climate crisis.

Among the other artists set to contribute songs to the initiative is Coldplay, whose last two studio albums were produced by Eno.

Part of EarthPercent’s mission is dedicated to addressing the environmental impact of the music industry, such as lowering the carbon footprint of touring artists.  EarthPercent is asking the music community and related businesses to pledge a small percentage of what they make to the cause, with a goal of raise about $100 million by 2030.

“People are becoming aware that we can’t just talk about the problem,” Brian tells The Guardian, “we have to do something about it in our own practice.”

Visit EarthPercent.org for more information about the campaign.

2022-04-19
Previous Post: “It’s My Lunch”: Jon Bon Jovi’s kids had to explain Grubhub to him
Next Post: George Thorogood on getting to release compilation of original songs: “I’m still pinching myself”