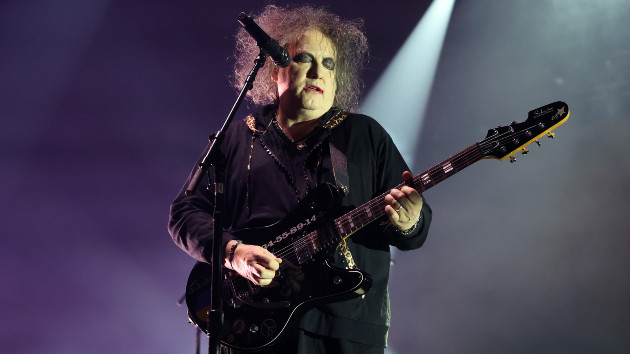 Stop us if you’ve heard this one before: The Cure‘s next album will be released later this year.

Frontman Robert Smith has been teasing the follow-up to 2008’s 4:13 Dream dating back to at least 2019, when he told NME that he was “intent” on releasing a new Cure record by the end of that year.

Well, it’s now 2022, and Smith is once again telling the U.K. publication that The Cure will release a new album before the year is over.

“We will be releasing a new album,” Smith says. “I get fed up of saying this now! We will be playing from October and the new album will be out before then.”

Smith describes the record, which is currently titled Songs of a Lost World, as “pretty relentless,” correctly asserting that vibe “will appeal to the hardcore of our audience.”

“I don’t think we’ll be getting any #1 singles off it or anything like that!” he laughs. “It’s been quite harrowing, like it has for everyone else.”

Meanwhile, Smith and longtime Cure bassist Simon Gallup were honored with the Music Icon Award at the 2022 Ivor Novello Awards, which were held earlier this week. The prestigious U.K. prize recognized the pair as “true cultural icons who have changed the face of popular music across the last four decades as songwriters for The Cure.”

2022-05-20
Previous Post: Expanded version of 1982 Police documentary ‘Around the World,’ plus soundtrack album, released today
Next Post: She’s the only one: Melissa Etheridge to duet with ‘American Idol’ finalist Noah Thompson on Sunday