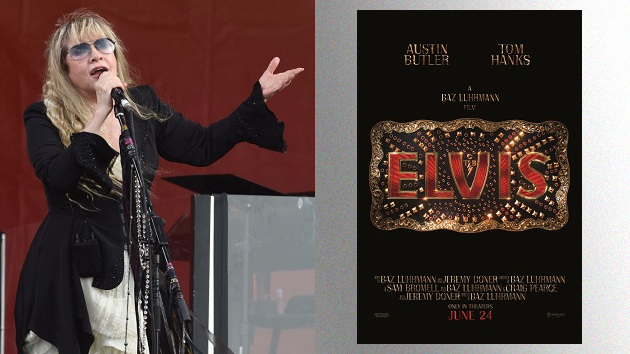 Stevie Nicks is one of the many artists confirmed to appear on the soundtrack to Elvis, the upcoming biopic about rock ‘n’ roll icon Elvis Presley by Moulin Rouge! and Romeo + Juliet director Baz Luhrmann.

A track list for the soundtrack has yet to be announced.

Elvis stars Austin Butler in the title role and Tom Hanks as his manager, Colonel Tom Parker. The film premieres in theaters on June 24.