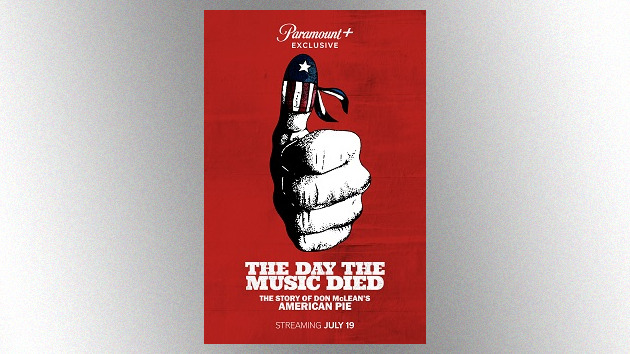 A new documentary focusing on Don McLean‘s epic 1971 song “American Pie” and its legacy will premiere in theaters in New York and Los Angeles on July 8 and will make its television debut July 19 on the Paramount+ streaming service.

The Day the Music Died: The Story of Don McLean’s “American Pie” will include new interviews with McLean and will feature the singer/songwriter revealing for the first time secrets behind the tune’s creation and the meaning behind its lyrics.

The film also looks at important cultural moments and events in U.S. history that played a role in inspiring “American Pie” and features various people from different generations explaining how they were affected by the song.

The movie includes commentary from a number of celebrities, including Garth Brooks, The Beach Boys‘ Brian Wilson and actor Peter Gallagher, who share their admiration for the song and discuss how it has impacted their lives.

“This documentary is something that will make people think, especially since so many throughout the years have asked me what certain lyrics meant or whom I was referring to, but now I finally can solve many of those mysteries,” says McLean. “Everyone from Madonna to Garth Brooks to Weird Al Yankovic has recorded ‘American Pie’ and made it their own. So many people have their own interpretation of the song, and I love it.”

You can check out a trailer for the film now at Paramount+’s official YouTube channel. In the preview, we hear McLean explain of the song, “I wrote all the verses in about an hour, like a genie out of a bottle,” and how Buddy Holly‘s death helped inspire it.

The Day the Music Died also will be screened in select theaters around the world on July 14 and July 17.