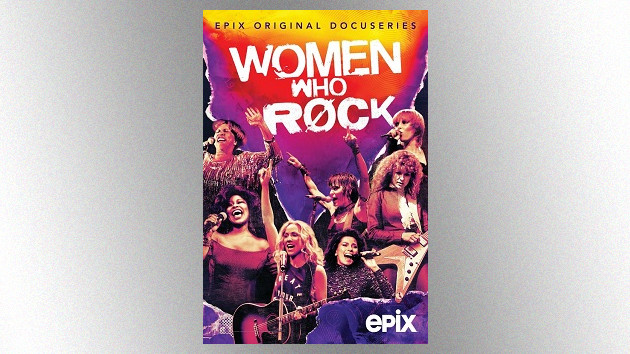 A new four-part docuseries called Women Who Rock that focuses on female singers and musicians who have made a significant impact on the music world since the 1950s will premiere July 10 on EPIX.

The series will showcase the artists sharing insights and stories behind their music, as well as discussing such topics as power, fame, truth and the struggle to achieve success.

The premiere episode, titled “Truth,” will look at the roots of rock ‘n’ roll in the 1950s and ’60s with profiles of Staples, Khan and the late Janis Joplin,plus commentary from Weymouth, Pierson, Norah Jones, Rickie Lee Jones, Merry Clayton and others.

Episode two, titled “Defiance,” which premieres on July 17, will focus on the 1970s and such artists as Wilson, Jett, Blondie‘s Debbie Harry, Joni Mitchell, Stevie Nicks and Carole King.

The third episode, dubbed “Power,” debuts on July 24, and delves into the artists who emerged during the 1980s and ’90s, among them Benatar, Sheila E., Natalie Merchant, Crow, Missy Elliott, Courtney Love, Tori Amos and Alanis Morissette.