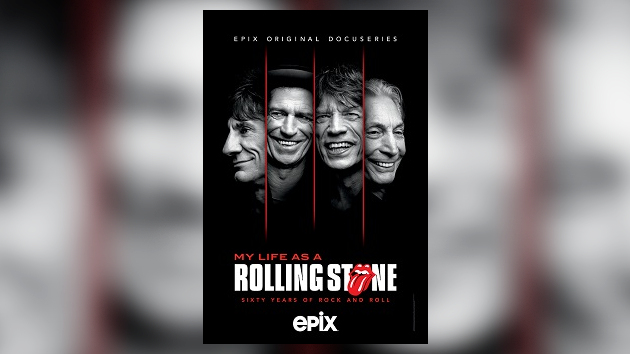 The first episode of the recently announced four-part Rolling Stones docuseries My Life as a Rolling Stone gets its U.S. television premieres on EPIX this Sunday, August 7, at 9 p.m. ET.

As previously reported, the series, which was produced to coincide with the British rock legends’ 60th anniversary, features four hourlong episodes, each focusing on one of the band’s four main members — singer Mick Jagger, guitarists Keith Richards and Ronnie Wood, and late drummer Charlie Watts.

The first episode profiles Jagger, and looks at how important the frontman’s creative vision and commercial sensibilities have been in guiding the band throughout its massively successful and influential career.

The Jagger episode will be available to watch for free via various cable and streaming services for 90 days after it premieres. The episodes focusing on Richards, Wood and Watts will debut on EPIX on August 14, August 21 and August 28, respectively.