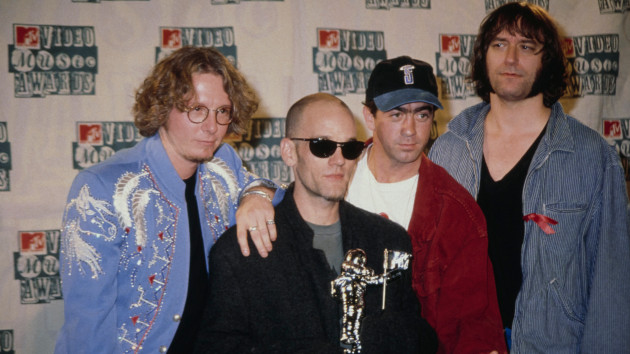 That’s R.E.M.‘s “Losing My Religion” video in the spotlight, being viewed one billion times.

The iconic clip has officially hit the milestone count on YouTube, 11 years after it was first uploaded to the site. It joins fellow ’90s videos Nirvana‘s “Smells Like Teen Spirit,” Guns N’ Roses‘ “November Rain,” AC/DC‘s “Thunderstruck,” Metallica‘s “Nothing Else Matters,” The Cranberries‘ “Zombie,” 4 Non Blondes‘ “What’s Up,” and Whitney Houston‘s “I Will Always Love You” in the billion views club.

“Losing My Religion” was initially released in 1991 as the lead single off R.E.M.’s album Out of Time. Its video won Video of the Year at the 1991 MTV VMAs.

News of “Losing My Religion’s” billion views achievement coincides with the anniversary of R.E.M.’s breakup. The band announced that they were splitting up on September 21, 2011.