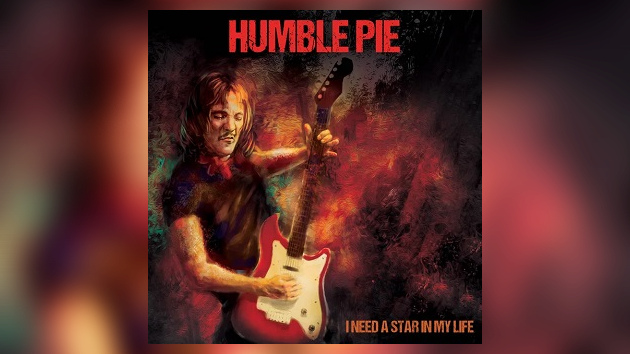 Humble Pie has just released a collection of rare studio tracks, titled I Need a Star in My Life, that they recorded during the mid-1970s.

The 20-song compilation is available now on CD, via digital formats and as a two-LP set pressed on either blue, orange or red vinyl.

I Need a Star in My Life was recorded from 1974 to 1976 by a Humble Pie lineup that featured founding lead singer/guitarist Steve Marriott and bassist Greg Ridley, as well as guitarist Clem Clempson, who had replaced original member Peter Frampton in 1971.

The recordings capture the trio experimenting with various musical styles and include several original tunes alongside covers of songs by Sam Cooke, Bo Diddley and more.

In addition, Humble Pie released a companion seven-inch red-vinyl single that features their rendition of Cooke’s “Shake,” which also appears on the I Need a Star in My Life album, paired with the rare track “Bluestalk,” a blues jam between Marriott and The Rolling Stones‘ Brian Jones that was recorded in 1969.

Here’s the full track list of I Need a Star in My Life: