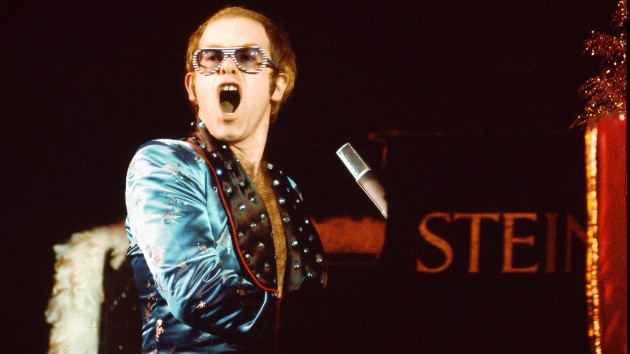 If you wondered why Elton John has been invited to perform on the White House’s South Lawn today, September 23, it may be because President Joe Biden has a special connection to the Rocket Man.

USA Today reports that as a young, single dad, Biden would drive his sons Hunter and Beau to school, and their ritual was to sing Elton’s number-one hit “Crocodile Rock” as loudly as possible. In 2015, when Beau was dying of brain cancer, Biden sat at Beau’s bedside and sang “Crocodile Rock” to him.

“Beau didn’t open his eyes, but I could see through my own tears that he was smiling,” the president wrote in his book Promise Me Dad.

As previously reported, Elton will perform at today’s event, “A Night When Hope and History Rhyme,” which is a collaboration with A+E Networks and The History Channel. It will not only honor Elton and celebrate “the unifying and healing power of music,” but it’ll also pay tribute to what the White House calls “everyday history-makers,” like teachers, nurses, frontline workers and mental health advocates.

It’s not clear whether Elton will perform “Crocodile Rock” at the event, though he has been playing it on his Farewell Tour. He previously said that it’s the song he can’t wait to finally say goodbye to when the tour ends.

Less than two weeks ago, another of Biden’s favorite musicians, James Taylor, performed at the White House to celebrate the Inflation Reduction Act.

In other “Crocodile Rock” news, the song will also appear on the soundtrack of the upcoming movie Lyle, Lyle, Crocodile, in theaters October 7.