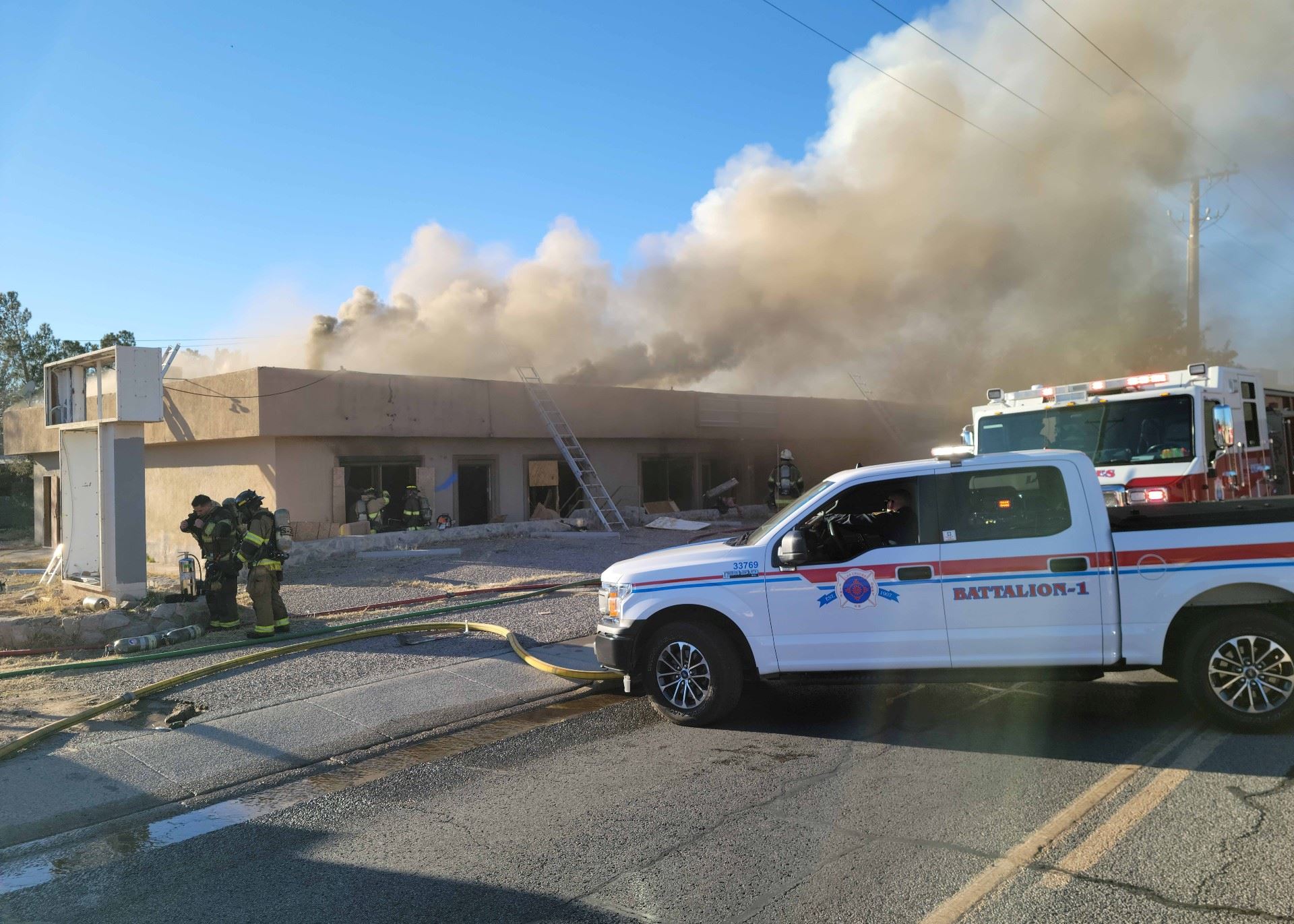 Las Cruces Fire Department (LCFD) indicated one of the fires occurred in a vacant/abandoned building on the 1300 block of W. Amador just after 9 a.m. LCFD reported that a passerby noticed smoke coming from the rear of the property and a subject leaving the area.

The first unit arrived about five minutes after dispatch. Heavy fire was found in a converted garage, and firefighters took about ten minutes to get it under control. There was a civilian who was able to escape the fire with minor injuries.

A second fire was reported before 4 p.m. on the 1600 block of S. Espina Street. The fire was reported as an unknown fire, but was quickly upgraded to a commercial structure fire by a responding Engine Lieutenant. Heavy fire was found in the rear of the structure and across the entire attic space. This fire took about 35 minutes to contain. No one was injured in this fire.

A third fire was was reported at an apartment on the 1000 block of Luna Street just before 9:30 p.m. This fire was reported by a neighbor who noticed smoke coming from an apartment. This fire was also upgraded to a structure fire as firefighters were en route. Fire was located in one room of the apartment and was extinguished in about three minutes. There were no injuries associated with this fire.

The cause of each of the three fires remain under investigation. No damage estimates are available at this time.