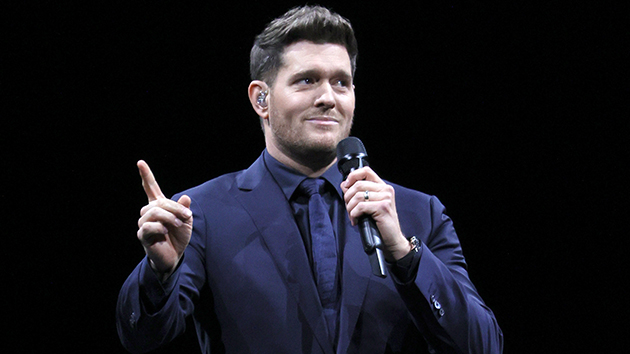 Justin Bieber‘s partnership with Tim Hortons is finally here, but it appears one of his fellow Canadians isn’t all that impressed.  Michael Bublé poked fun at the “Peaches” singer on Monday when telling the coffee chain why they should have partnered with him instead.

The video coincided with the arrival of Justin’s three new Timbit — or donut hole — flavors. For Justin’s Timbiebs, he whipped up a chocolate white fudge flavor as well as a sour cream chocolate chip and a birthday cake waffle offering.

The Grammy winner previously said working with Tim Hortons “has always been a dream of mine” — but Michael aims to give him a rude awakening.

“Timbiebs, I get it.  It’s cute. I feel like it’s a bit of a missed opportunity,” the singer remarked.  He then mused over what he’d call his own line of Timbits and asked, “I mean, no one thought about Bublé balls or Bublé bits?”

Hilarious realization then dawns on Michael’s face about why those names would never work.

He captioned the video, “Congrats @JustinBieberon ur #Timbiebs. Hoping @TimHortons slides into my DM’s. I have a flavour in mind for my #Bublébits #Honeydippedcinnamonmaple.”

This isn’t the first time Michael has taken a swipe at a fellow Canadian.  In September, he called out Ryan Reynolds when the Deadpool star showed off his singing capabilities — causing the crooner to have a fake nervous breakdown because Ryan may be coming for his job.

“It’s taken me a solid week to process this discovery,” Michael captioned the video, which features him breathing into a paper bag and throwing a temper tantrum.