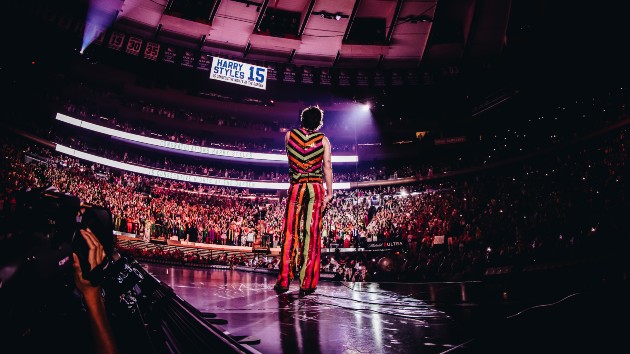 Wednesday night marked the end of Harry Styles‘ sold-out 15-show run at New York’s Madison Square Garden, and in celebration of the achievement, a banner was raised to the rafters of the ‘World’s Most Famous Arena.’

The banner, which reads “Harry Styles: 15 Consecutive Nights at the Garden,” was presented to Harry by Gayle King during the encore of the show, while every fan in the audience received a feather boa — one of Harry’s signature accessories.

Only two other music-related banners hang from the rafters of Madison Square Garden: one for Billy Joel, marking his 50th consecutive show at the venue in 2018, and one for the band Phish, who played 13 consecutive nights there in 2017.