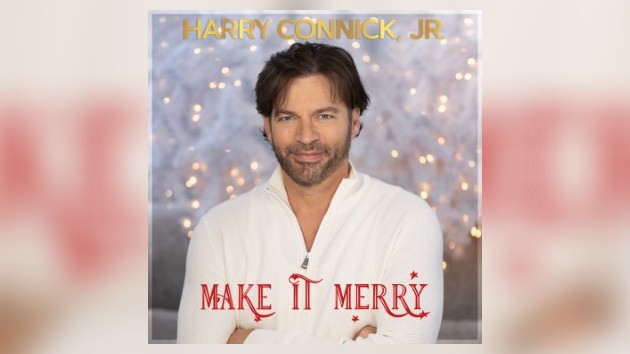 Harry Connick Jr.’s fourth holiday album, Make It Merry, comes out this Saturday, exclusively on Apple Music in Spatial Audio and iTunes. And while it features the usual mix of originals and classic tunes, Harry says it also includes new recordings of his old songs.

“When I put this album together, the first song that came to mind was ‘Have Yourself a Merry Little Christmas,’ because I hadn’t recorded that one [before],” he tells ABC Audio. “So then it just became, ‘OK, it’s time to do another song, what shall it be?'”

But unlike a Taylor Swift-style rerecording, where you meticulously replicate the song note for note, Harry says, “I thought it would be fun to revisit those songs and put a different twist on them.” Some of those “revisited” songs come from his 1993 release When My Heart Finds Christmas, his best-selling album in the U.S.

Last week, Harry launched a Christmas tour in support of the album. “I think everybody’s kind of in a good mood and looking forward to the holidays … there’s something extra special about performing this time of year,” he notes.

For fans who haven’t seen the show yet, he promises “a little bit of everything.”

“It’ll be mostly Christmas songs and holiday-themed songs, but I’ll throw some other things in there, too, just because it’s always fun to to kind of mix it up.”