Tim Farr is a native of America’s heartland in Independence, MO but he’s been in NM long enough to be considered a full New Mexican.  He has a very unique and important language skill-ASL-he’s used to help countless people in dire need of his services-including me- and it's also how he makes his living. 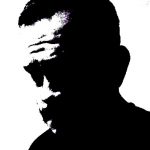 Host: ANDREW LAWRENCE- he’s been a Public Safety professional in the real world for two decades .  With a family and educational background, as well as a worldview not often found in his line of work, Lawrence has felt as if he’s straddled two worlds, ever careful not to lose his balance.  A Square Peg in a Round Hole. Now he’s sharing the stories of other Square Pegs, Moldbreakers, Trailblazers, and Takers of Roads Less Traveled with this new podcast series.EMAIL- Squarepegpodcastlc@gmail.com Intro Music: Barrymore by the El Paso quartet #SearchlightNeedles.  Available on Apple Music.

2022-01-04
Previous Post: $20 Blazin’ Deal with Miguel’s for only $10 on Sale Friday
Next Post: Notice of Intent to Approve Beer and Wine License (Grounded Cafe)