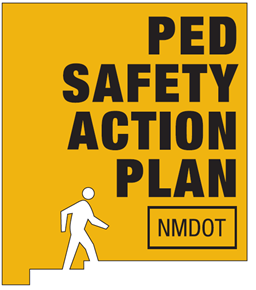 SANTA FE – The New Mexico Department of Transportation has created a survey to seek public feedback to create a statewide Pedestrian Safety Plan.  NMDOT chose to launch the survey on National Walk Day, held annually on the first Wednesday in April to promote walking as a healthful activity.

In 2019, 6,590 pedestrians were killed, including 83 in New Mexico. It was the most pedestrian deaths in 30 years, according to the Governors Highway Safety Association.

In addition, 193,866 individuals were treated in emergency departments for injuries resulting from being hit by a vehicle, according to the Centers for Disease Control. That is the equivalent of more than 22 pedestrians injured by a vehicle every hour in the United States.

The survey is available in both Spanish and English at walksafenewmexico.com. Both drivers and pedestrians are asked to provide feedback on the website which will help NMDOT create a Pedestrian Safety Action Plan.

NMDOT wants to know where people are currently walking, where they would like to walk and whether they feel safe on these routes.

This information will help the department create a plan to combat the state’s high pedestrian fatality rate.