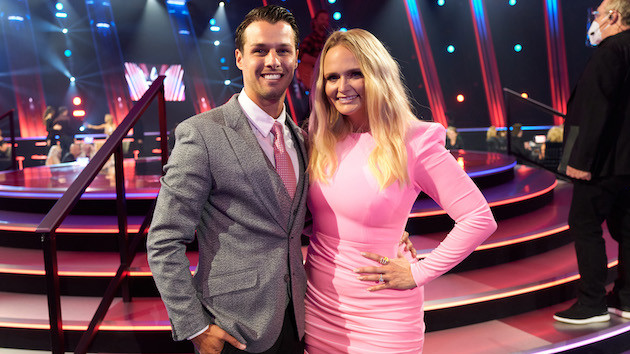 It was karaoke night at Miranda Lambert’s brand-new Nashville bar, Casa Rosa, this week, and the stars came out to celebrate.

Casa Rosa may not have officially opened its doors to the public yet, but Miranda is already warming up her Texas-inspired eatery and honky tonk. To help her break in her new digs, she invited a star-studded list of VIPs to a private party, including Darius Rucker, Jon Pardi, Ashley McBryde, Caylee Hammack, Kid Rock and lots more.

Miranda’s Pistol Annies bandmates Angaleena Presley and Ashley Monroe were also in attendance, and they hopped on stage with Miranda a karaoke performance of The Chicks’ “Goodbye Earl,” CMT reports.

Sandy and Danny aka Miranda and Brendan took over the Karaoke machine at Casa Rosa’s VIP Party??? pic.twitter.com/vE3sU7cGOJ

— Ran Fan (@randalourita) May 26, 2021 ” rel=”noopener noreferrer” target=”_blank”>sweetest duet of the night was between Miranda and her husband, Brendan McLoughlin: The two sang “Summer Nights” from the Grease soundtrack.

Casa Rosa is slated to open this summer. The four-floor venue features multiple stages, as well as a rooftop bar. The menu will feature Tex-Mex favorites like tacos, and of course, no Miranda-inspired joint would be complete without tequila.

Sandy and Danny aka Miranda and Brendan took over the Karaoke machine at Casa Rosa’s VIP Party🎤✨ pic.twitter.com/vE3sU7cGOJ